The Cost of Cape Storm and Knysna Fires

Although insurance companies so far estimate the costs of the massive storm in the Cape and the devastating fires in the Knysna area to be between R3bn and R4bn, the cost is probably billions more if one takes into account damage to uninsured property, according to Janine Myburgh, president of the Cape Chamber.

“The only consolation is that the insurance payouts represent money being put to work in the Western Cape economy and that will mean work and jobs in the building industry and their supply chains. Most of the repair and rebuilding work will be done by small businesses,” said Myburgh.

“Unfortunately there will also be long-term damage to many industries such as our vital tourist industry.” 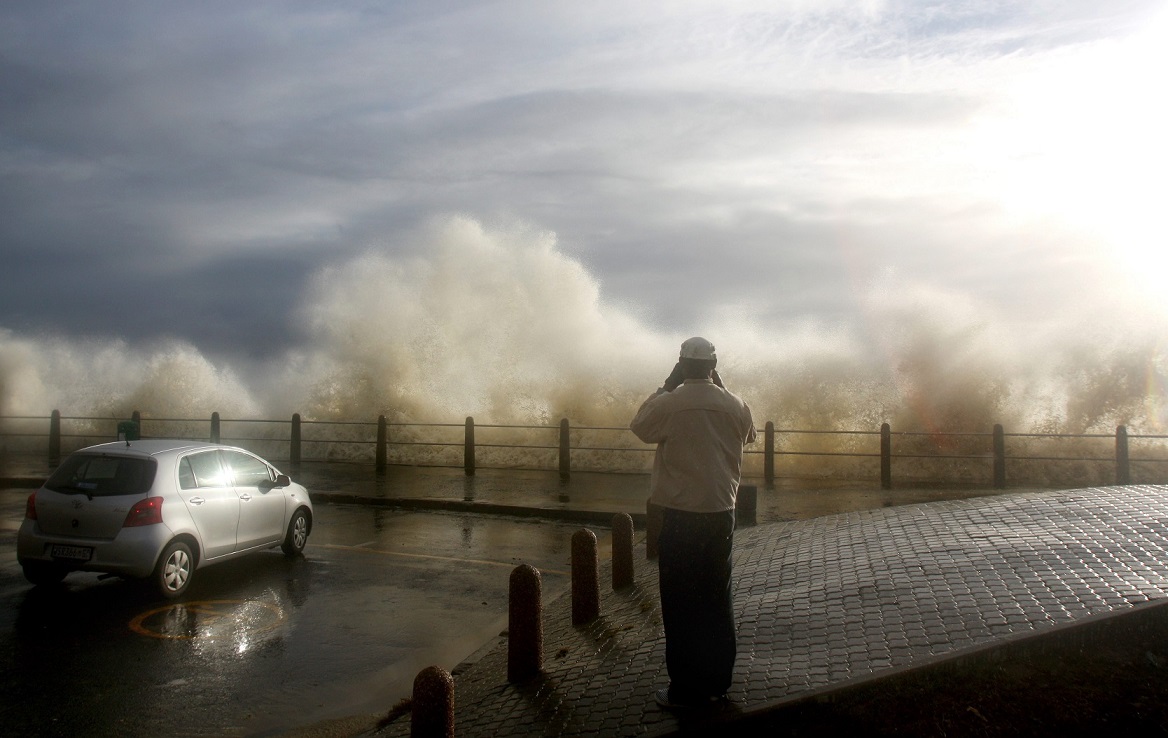 Myburgh said that overshadowing it all is the loss of life and the suffering endured by many thousands of people.

“No value can be placed on this, but at the same time, there have been wonderful examples of communities and businesses working together to help those in desperate need. The fortitude and generosity displayed are inspiring in a time of loss and depressing news,” she said.

Cape Town Mayoral Committee Member for Safety and Security and Social Services, Alderman JP Smith, commented about the storm experienced in the Cape Peninsula last week, saying that the City is unable to give a cost analysis because various City and other external stakeholders – using their resources – responded to this emergency.

“It’s also worth noting that mopping up operations are continuing. Regarding the City’s Winter Readiness Plan, all relevant line departments are on standby in the event of an emergency. Provision is made in the annual budget for any overtime costs associated with disaster relief operations,” said Smith.

“Regarding humanitarian relief, support is still being provided to just over 12 000 residents living in informal settlements in Nyanga, Khayelitsha, Philippi, Wallacedene, Pholeli Park, Imizamo Yethu, Macassar Village, Rasta Camp, and Riverside. No emergency sheltering is being utilised at this stage.”

The City has four non-governmental partners who provide humanitarian relief. Their costs incurred are recouped from the South African Social Security Agency.

According to Alexander Forbes Insurance (AFI), the impact of the fire and storms in Knysna has resulted in claims of about R22m for the fire, and under R1m for the storm. Damage from the storms has so far been more superficial – roofs, doors, tiles – with more extensive damage coming as a result of the fire.

Short term insurer Santam has received more than 1 000 claims following the damaging storm in the Western Cape with the majority of the claims related to wind damage. It also received some water damage claims.

The most severe damages are to large structures where roofs have been blown off and where buildings have collapsed. Santam treats more manageable claims digitally at this stage and has a team of desk-based assessors who are dealing with these claims.

Ebrahim Asmal, Santam’s executive head of claims and group sourcing, said following the damaging storm in the Western Cape, and the devastation caused by fires in the Southern Cape, Santam’s current focus remains on making sure that its clients get the necessary assistance regarding their claims.

“We are still in the process of gathering all the necessary information to give us a full picture of the impact of the catastrophe, and assessing the impact of these events on our business,” said Asmal.

In the greater Southern Cape and Port Elizabeth, Santam is dealing with some complete losses of houses and has established a temporary office at 16 Gray Street in the centre of Knysna.

“Our 24/7 claims and emergency helpline is taking calls, and we have dispatched assessors to join our catastrophe team and mobile assistance vehicles in Knysna. Our team is also assisting policyholders in the greater Southern Cape and Port Elizabeth,” said Asmal.

“We have also pledged a donation of R1m as immediate support to the disaster relief efforts following the Western Cape floods and the devastating fires in the greater Southern Cape region. Santam recognises that extreme weather events are increasing in intensity and occurrence as predicted by the climate change science and the rising urbanisation patterns of South Africa.”

Asmal said this poses serious risks to the stability and quality of human society and the global economy.

“We are therefore a strong advocate of the need to build local level resilience and risk protection,” he said.

Around 33 tourism related businesses in the Knysna region had been affected by the massive storm and fires in the area, Clive Bennet of Knysna Tourism told Fin24.

“At the same time our tourism businesses are continuing to operate, and we are still open for business. The residential section of town seems to have been more impacted than our businesses,” said Bennet.

Trent Read of Knysna Fine Art said many people had lost everything. The economy of “this once lovely place has suffered a hammer blow from which we will take years to recover”.

“Knysna Fine Art, who turns 20 this spring, is not immune to these hard times, although we somehow survived the flames. If you were to consider purchasing art from us for the next month, you would not only be adding to your collection but making an enormous difference to us and the greater Knysna community,” Read said in an e-mail letter to those on his mailing list.

“We will give half of any profit we make (in your name, if you wish) to community funds which include Knysna Animal Welfare, the Red Cross, and the Mayor’s Fund. We as a gallery, the wonderful artists we represent, and Knysna as a whole would be helped immeasurably by your actions.”

Enver Duminy, CEO of Cape Town Tourism, told Fin24 that the organisation stands in solidarity with colleagues in tourism across the Garden Route as they seek to recover after the devastating fires that have ravaged the region.

“We have reached out to them and offered our support and assistance. Having experienced in recent years the extended impact a natural disaster such as fire can have, we are aware of the effort it can take to return to normality as well as the cost of human lives and the economy,” said Duminy.

“We trust that as South Africans we will do all we can to assist in aiding those most affected and in restoring this beautiful region for locals and visitors.”

According to Sisa Ntshona, CEO of SA Tourism, the safety of all tourists is of paramount importance, and SA Tourism is working very closely with the Southern Africa Tourism Services Association (SATSA) which has people on the ground in the affected areas assisting travellers.